See video: Woman starts twerking in a guy’s face and the smell from her private part cause a lot of panic

See video; Woman starts twerking in a guy’s face and the smell from her private part cause a lot of panic. 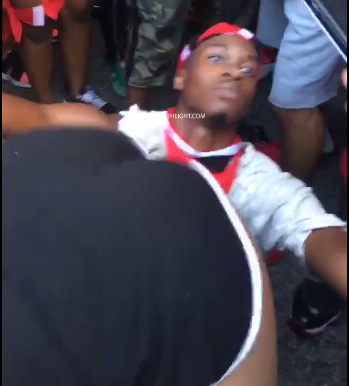 A man became hysterical when a woman brought her backside close to his face while twerking and the smell from her vagina wafted into his nostrils. His hilarious reaction was caught on video.

The hilarious video was shot in New York as revellers were partying on Monday’s labour day festival. In the video, the man is seen sitting on the floor, looking at her butt as she twerked. She then knelt and moved her behind close to his face and that was when he panicked, covered his nose with a finger and begged to be carried up.
“Get me up,” he’s heard telling the people around in distress. 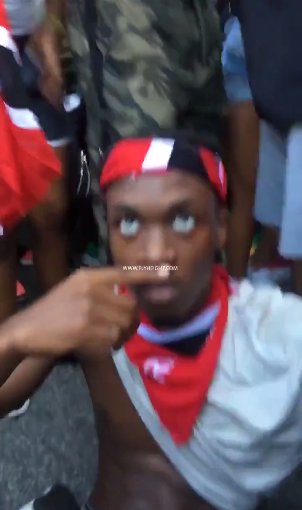 The oblivious woman continued twerking and pushing her bum into his face, and when no one made a move to help him get up, he twists his head from one side to the other to avoid the smell.
See the video below.
Share this...

Comic Actor, Okon dresses up as a slay queen in new photo, says: " he was born to slay"