Lecturers may call off strike soon, as ASUU reach Agreement with FG

Lecturers may call off strike soon, as ASUU reach Agreement with FG 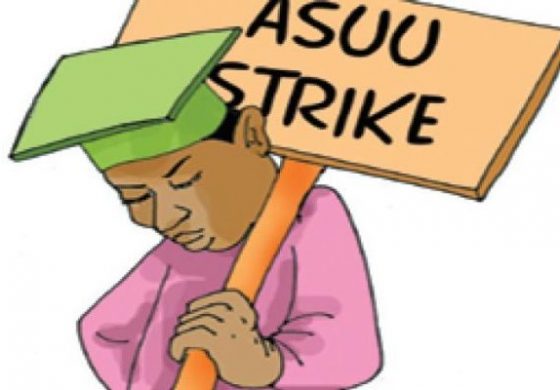 The lingering strike action by members of the Academic Staff Union of Universities ASUU, may soon be called off, as the lecturers have agreed to an offer made to them by the Federal government. The leaders of the academic union and the Federal government in the early hours of today, concluded a 12-hour meeting that started yesterday Thursday, September 7th. The union says they have accepted the federal government’s offer and would take the offer to their members who would decide whether or not the offer is generally accepted and then decide on when to call off the strike action. The union says it would get back to the Federal government on its decision in a week’s time.
National president of ASUU, Biodun Ogunyemi, who spoke with journalists after the meeting, said
“Now we have some concrete proposal that we will take back to our members for consideration,” he said.
Minister of Education, Adamu Adamu, who also spoke with journalists after the meeting, said ASUU’s demands have been addressed and the union will get back to the government in a week after consulting with their members.
ASUU declared a Nationwide strike on August 14th
Share this...