Court adjourns hearing on billionaire kidnapper, Evans’s lawsuit against IG of police and three others till september 21

Court adjourns hearing on billionaire kidnapper, Evans’s lawsuit against IG of police and three others till september 21 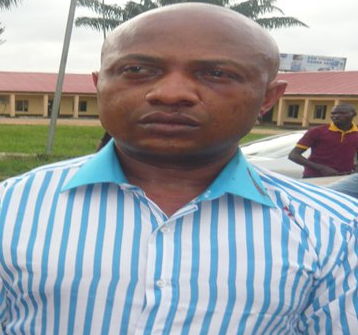 Justice Chuka Obiozor of the Federal High Court, Lagos has adjourned till September 21st, hearing in the N300 million lawsuit filed by kidnap kingpin, Chukwudumeme Onwuamadike popularly known as Evans against the Inspector-General of Police IGP, Ibrahim Idris and three others.
Evans who was arrested on June 10th in Lagos, dragged the IG of Police, Commissioner of Police in Lagos state and the three other defendants before the court, challenging his continued detention without arraignment as well as for parading him before the media and subjecting him to media trial. He requested that the court award him N300m as exemplary damages for his alleged illegal detention and the alleged harm caused by his media trial.
Justice Chuka Obiozor adjourned the matter after holding that there was no more urgency for the suit to be heard during the vacation.
Evans and five members of his kidnapping syndicate were arraigned in court on August 30th. They are currently being remanded in prison.
Share this...

If you cant beat the traffic,enjoy every moment, with Airwick Lavender