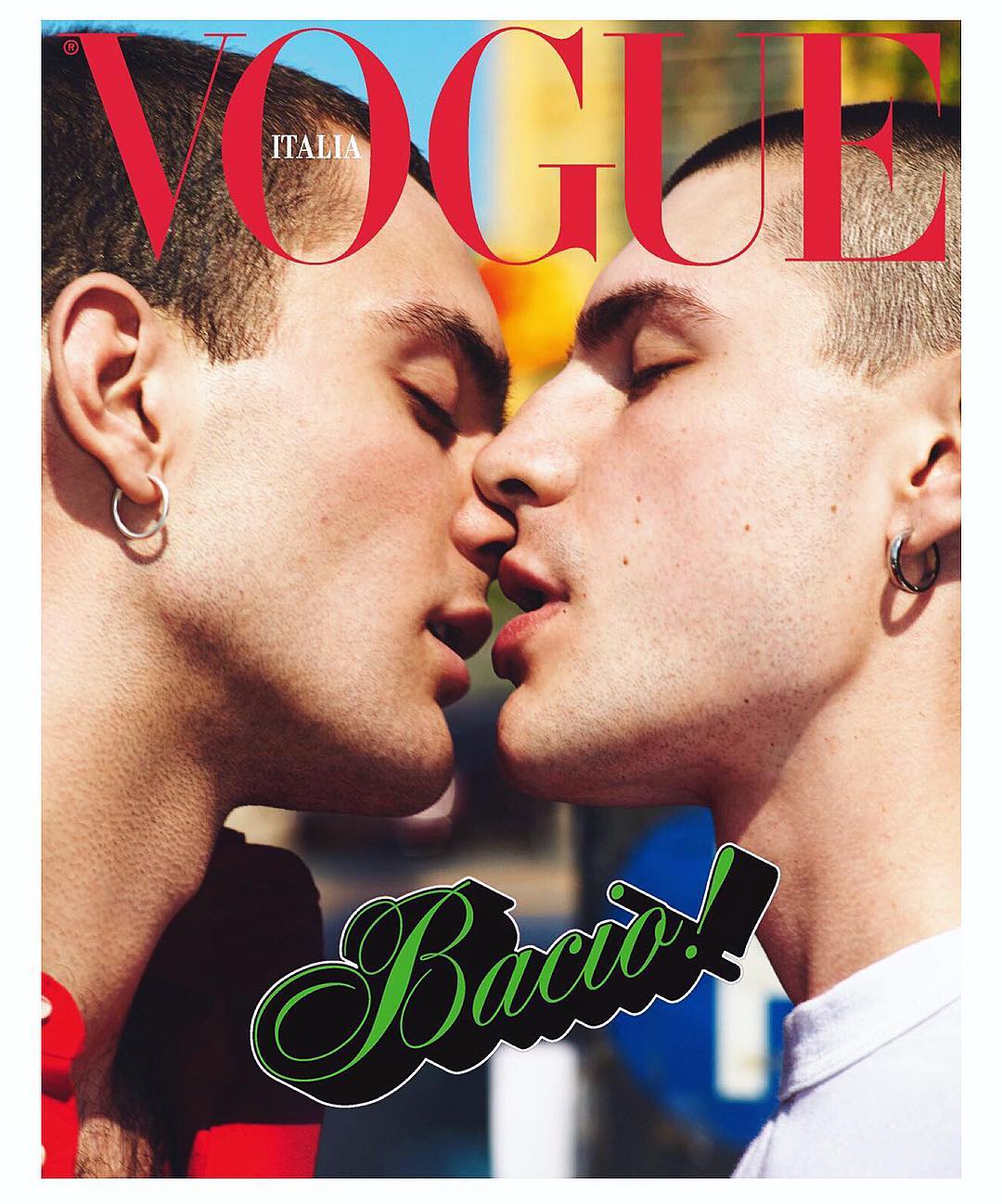 For the same-love September 2017 issue, Vogue Italia celebrates same-sex love in pro-LGBT covers. The Italian magazine featured gay models Edoardo Velicskov and Pablo Rousson, who are a couple in real life, kissing on one cover, and also female supermodels Lily Aldridge and Vittoria Ceretti lock lips in another cover. See that below. 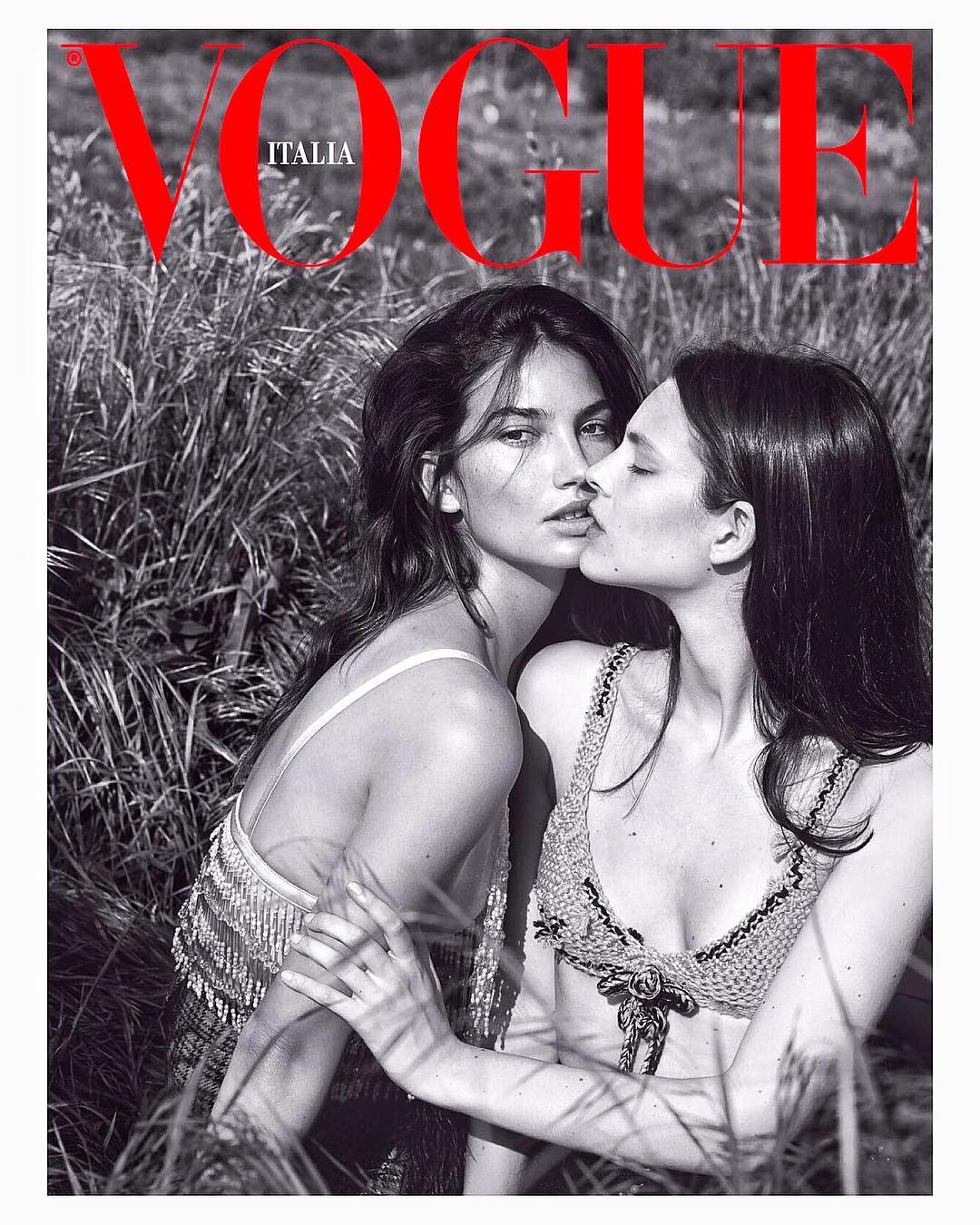 Photos/videos: plus size models, shows off their massive butts/bods at the plus size fashion week in lagos.

Where are the Men, would you rock this shirt?