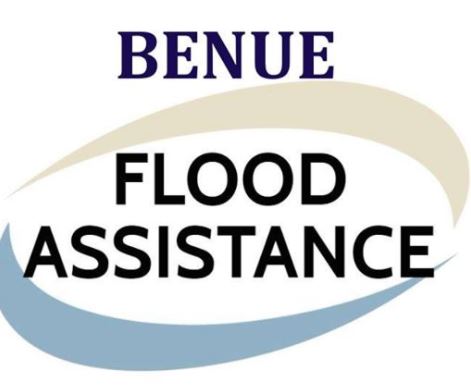 Barrister Fasunon has called out a NEMA official who she called but told her to wait till next week Tuesday, as he is currently on Sallah break.
In a facebook post, the lawyer wrote, ‘So I called NEMA to arrange dropping off some clothes for Benue but was referred to their Lagos contact. When I called him, he said he is in his village in Niger doing Sallah, I should wait until Tuesday. Even then, I need to write them a letter, which has to be approved by the Abuja office before they can receive items because some people drop one bag of clothes and claim they dropped ten. He added that approval may take a week or two and let me know he doesn’t do official work on public holidays.
Sigh, Sigh. It is easier to send help to Houston honestly. Me I have lost interest already oh. How can a relief officer be saying he doesn’t pick official calls on public holiday? Meaning distressed people don’t need help on those days or what? Anyway sha I have charity in Lagos that needs clothes too. I am livid’.
In a follow up post, she wrote, ‘With reference to my last post, I will send stuffs to Benue through the details in the post beneath. NEMA gave me an address for the purpose of writing a letter for approval which may take two weeks before they can receive whatever I have but I won’t be sending through NEMA anymore. God be with us all. Amen’. 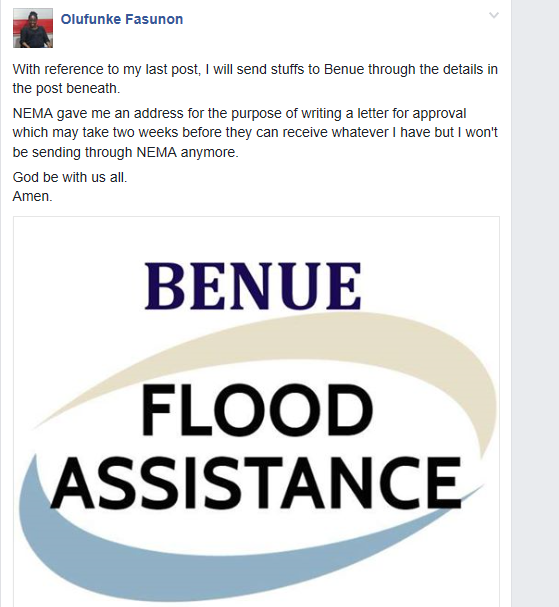 5star Boss, Emoney shows of his impressive garage in a new photos